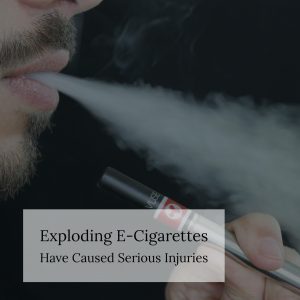 High tech alternatives to traditional cigarettes are often marketed as a “safer” way to consume nicotine. Electronic cigarettes — or e-cigarettes — have become increasingly popular in recent years, especially among young people. According to a surgeon general’s report, e-cigarette use among U.S. high school students increased by a staggering 900 percent between 2011 and […]