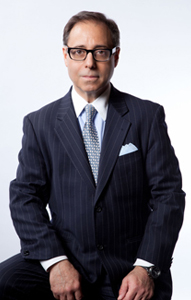 New York City Injury Lawyer – Mr. Reiter is a graduate of Stuyvesant High School, Brandeis University (B.A. 1971) and Brooklyn Law School (J.D. 1975). He began his career as a trial attorney for the Criminal Defense Division of the Legal Aid Society. He later served as Law Secretary to the Honorable Gerard M. Weisberg, Judge of the New York State Court of Claims. During that time, he drafted hundreds of opinions for the judge in civil cases, of which approximately 25 were accepted for publication in the Official Reports of the State of New York. Mr. Reiter founded the Law Firm of Jonathan C. Reiter in 1986 practicing in the area of catastrophic injury and wrongful death cases.

In the field of airplane crashes and aviation accidents, Mr. Reiter obtained the highest verdict for a single passenger in the EgyptAir 990 crash ($3.6 million including interest). Mr. Reiter was a member of the Executive Committee of the Plaintiff’s Steering Committee in the American Airlines Flight 587 crash at Belle Harbor New York, and obtained million dollar and/or multi-million dollar settlements for the survivors of 14 persons killed in the crash, including residents of the United States and the Dominican Republic. He was also a member of the Plaintiff’s Steering Committee for the SwissAir Flight 111 crash near Peggy’s Cove Nova Scotia, where he obtained a number of million and/or multi-million dollar settlements.*

Mr. Reiter has also been active in the field of human rights abuses, police brutality and sexual harassment. The firm recently filed an international human rights abuse case arising out of the Chiquita Brands International, Inc. (“Chiquita Banana”)” plea of guilty to providing illegal monetary support to a terrorist organization in Colombia, South America. The firm represents the families of over 600 murder and torture victims who suffered at the hands of the “AUC” (Autodefensas Unidas de Colombia), a right wing paramilitary organization that Chiquita supported with money, arms and ammunition. Mr. Reiter has also represented clients who were falsely arrested or abused by police officers, as well as women and children who have suffered sexual abuse or harassment.

Mr. Reiter was the Liberal Party’s nominee for Lieutenant Governor of the State of New York in 1998. He has worked to improve the judicial system and served for over 25 years as the Chairman of the Law Committee of the Liberal Party.

* The above aviation cases were prosecuted by Mr. Reiter as a partner in a separate law firm

Our independent Counsel attorneys maintain a close relationship with the Firm on an ongoing basis. Although they are not employees of the Firm, they work with our staff attorneys on individual cases where their knowledge and experience in a particular area can be of benefit in the successful prosecution of a case.