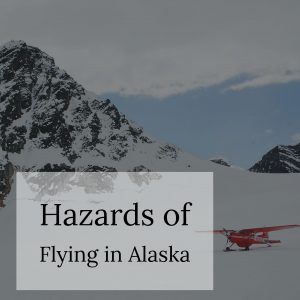 Alaska is known for having some of the most hazardous flying conditions in the country. The National Transportation Safety Board (NTSB) has released a new report giving more insight into what caused the 2015 crash of a sightseeing plane near Ketchikan, Alaska. According to the story covering the report’s release, the plane crashed into a […]