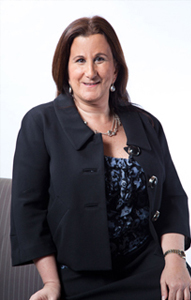 s also admitted to the United States Courts of Appeals for the Second, Sixth, and Ninth Circuits. She is a member of New York State Trial Lawyers Association and the American Association for Justice.

Ms. Schwartz’ areas of practice include wrongful death, aviation litigation, personal injury and medical malpractice. She has extensive experience in trial preparation, including depositions, examination and preparation of witnesses, document production and expert preparation. She was second chair at the trial of the record-breaking case of Pescatore v. Pan American World Airways, 97 F3d 1 (2d Cir. 1996) as well as other high profile cases.

Ms. Schwartz assisted in the preparation of the presentation of claims before the Victims Compensation Fund for claimants who lost loved ones in the 9-11 Terrorist Attacks. She has also worked as in-house counsel for a New York Corporation and was a legal intern in the New York County Surrogate’s Court. She was also a legislative assistant for Assemblyman John C. Dearie.