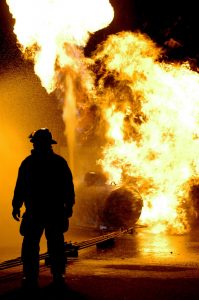 Many workplace safety measures, such as fire and explosion safety, are something workers today take for granted. Most people don’t think about experiencing a fire or explosion in a factory or on a construction site, as there are laws and regulations in place that require employers to take steps to prevent these catastrophic events from happening.

However, fire and explosion safety wasn’t always a concern in the workplace. In past decades, employers didn’t give much thought to making their workplaces safe for employees.

In 1911, one of the most devastating workplace accidents in U.S. history forever changed fire safety in the workplace. In March 1911, 145 workers were killed when a fire broke out in the Triangle Shirtwaist Company factory in Manhattan. The nation was shocked to learn that conditions in the factory were directly responsible for the loss of life.

What Was the Triangle Shirtwaist Company Fire?

As the History Channel states, “[The Triangle Shirtwaist Company fire] is remembered as one of the most infamous incidents in American industrial history, as the deaths were largely preventable — most of the victims died as a result of neglect safety features and locked doors within the factory building. The tragedy brought widespread attention to the dangerous sweatshop conditions of factories, and led to the development of a series of laws and regulations that better protected the safety of workers.”

While most people today think of a sprawling industrial complex when they picture a “factory,” the Triangle Shirtwaist factory was actually located in a high rise in the middle of the city. Situated on the top three floors of the Asch Building in Manhattan, it had four elevators and, two stairwells, and one fire escape. The problem was that just one of the elevators was operational. Even worse, workers had to file down a long, narrow hallway to reach it. The factory also lacked a sprinkler system because the company’s owners refused to install one.

As for the stairways, the company kept one locked at all times — purportedly to stop workers from stealing. The single accessible stairway had a door that opened inward, making it hard for workers to escape in the event of a fire.

The building had a fire escape, but it was “so narrow that it would have taken hours for all the workers to use it, even in the best of circumstances.”

This is an important point, as people understandably panic when they are around a fire. And when they are trapped in an enclosed space with few ways out, they typically start pushing and crowding around exits. This can stop anyone from actually getting out.

Details About the Fire

On March 25, 1911, the Triangle Shirtwaist Company factory had about 600 workers inside. The owners of the company had a long reputation of requiring their employees to work under terrible conditions. Workers, who were almost exclusively young girls from immigrant families, were paid just $15 each week for 12-hour work days. When workers attempted to strike in the past, the company’s owners had paid police to jail workers and harass them into abandoning their efforts to secure better pay and improved working conditions.

On the day of the fire, the blaze started in a rag bin. The manager on the floor tried to use a fire hose on the fire, but the hose was rotted and had a rusted valve that prevented it from turning on. As the fire grew and spread, some workers managed to use the building’s sole operating elevator to reach the ground level. However, the elevator eventually stopped working as the fire consumed the building. Several of the workers jumped down the elevator shaft as they tried to escape the flames but were killed by the impact. Other workers tried to escape down the stairwells but were burned alive when a door at the bottom of one stairwell was locked.

The Triangle Shirtwaist Company fire is a tragedy that spurred almost immediate action from worker safety groups, as well as government agencies in charge of ensuring employers adhere to safety regulations. As the Occupational Safety & Health Administration (OSHA) states, the tragic event “led to a ‘general awakening’ that continues to drive OSHA’s commitment to workers.” Over a century after the fire claimed so many lives, factories and construction companies today must take steps to protect their workers against fires and explosions.