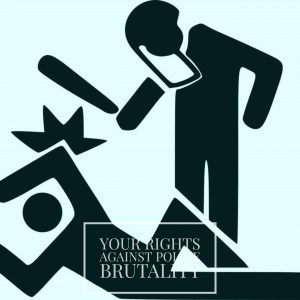 One of the founding principles of our democracy is the freedom to assemble. When citizens don’t agree with proposed actions of the government, they have a Constitutional right to protest peaceably.

As you might expect, the definition of “peaceably” has often been the subject of intense debate. Throughout American history, many groups have engaged in protests and even acts of civil disobedience to raise awareness of important issues. From the Boston Tea Party to Dr. Martin Luther King, protesters have even played a prominent role in reshaping laws.

Recently, protesters have clashed with police over proposed construction of a pipeline that would transport crude oil from North Dakota to southern Illinois, which would then allow the oil to be transported to oil refineries in the Gulf States or eastern states on the coast.

Protesters, including members of the Standing Rock Sioux Tribe, claim the pipeline will negatively impact their drinking water and leave it vulnerable to contamination in the event of oil spills. If the pipeline project goes ahead, it will span four states and stretch 1,172 miles.

According to eyewitnesses who spoke to reporters, the police at the scene have used water cannons, rubber bullets, and tear gas on the protestors. Most recently, a 22-year-old woman was nearby when a concussion grenade detonated, severely damaging her arm. The police claim they did not use concussion grenades or any other types of explosives at the protest.

The woman’s family initially feared doctors would need to amputate her arm, however, they later stated that doctors believe they can save the arm. The woman faces several surgeries to repair the damage and replace the lost bone in her arm.

Your Rights Against Police Brutality

The Dakota Access Pipeline is a controversial issue that has inspired strong opinions on both sides of the debate. Whatever your beliefs, however, everyone has the right to be free from unwarranted police brutality. When the police act with excessive force, people can get seriously injured and killed.

At Jonathan C. Reiter Law Firm, PLLC, we have recovered millions on behalf of clients who have been injured by police officers and law enforcement agents. In many of these cases, victims of violence carried out by police suffer both physical and psychological injuries. You may be entitled to compensation for your pain and suffering, emotional distress, and other damages.

If you or a loved one has been injured by police during a protest or while in police custody, call New York  police brutality lawyer Jonathan C. Reiter to speak to a lawyer about your case. You can reach us through our online contact form or by calling 212-736-0979.